Woven is all about creating opportunities for women to experience God in a life-changing way.

Join us for an incredible night of inspirational speakers, powerful worship, lots of laughs, and of course, great food & drinks. This event is expected to sell out, so reserve your seats early!

Alex Seeley is a passionate communicator and teacher of the Word. Through her boldness and tenacity, Alex shares openly about how the power of God has proven real in her own life. She loves to see people’s lives transformed by the power of Holy Spirit.

Alongside her husband, Henry, she co-leads and pastors The Belonging Co, a thriving church that has quickly become known as a place for people to find freedom and experience Jesus in an authentic way that affects every area of their
life. She continues to travel and write books equipping the body of Christ everywhere.

Alex and Henry call Nashville home where they live with their two children, Holly and Taylor.

Engineer turned comedienne, Amy Barnes, started her stand-up career in Seattle, appearing at comedy clubs around town while working days as an engineer in aerospace. It wasn’t long before she had to choose between the two career paths and, in a striking blow to the Girls In STEM Movement, she chose comedy.

After moving to Los Angeles, she began working as a comedy writer, writing for dozens of comedians and actors including Nancy Travis, Bonnie Hunt, Jack Black, and Morgan Freeman. She has appeared on Comedy Central and the National Lampoon Network. Amy is now a nationally touring act with over 60 dates a year and frequently appears to capacity crowds at theaters, churches, and conference events.

Married since 2002 to comedian and writer, Jerry Miner, Amy now resides in the Pacific Northwest with their 2 kids where she has accumulated some even bigger credits including dance mom, YMCA member, and PTA President.

Most importantly, she has a heart for women and is like no other stand-up comedian you have seen. She has a special way of connecting with both women inside the church and those who may be walking through the doors for the very first time. Amy’s comedy is a lot of fun and accessible to women at all stages of life and at any place in their spiritual journey. 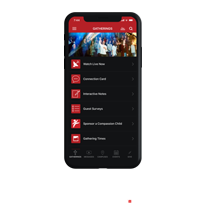